Home » Automotive Advice & Guides » How Much Is My Number Plate Worth?

How Much Is My Number Plate Worth?

While it may seem easy to come up with a price for your number plate, there are several factors that determine how much it’s worth. Within this article, we walk you through everything you need to know and how to determine a realistic value for your private plate. 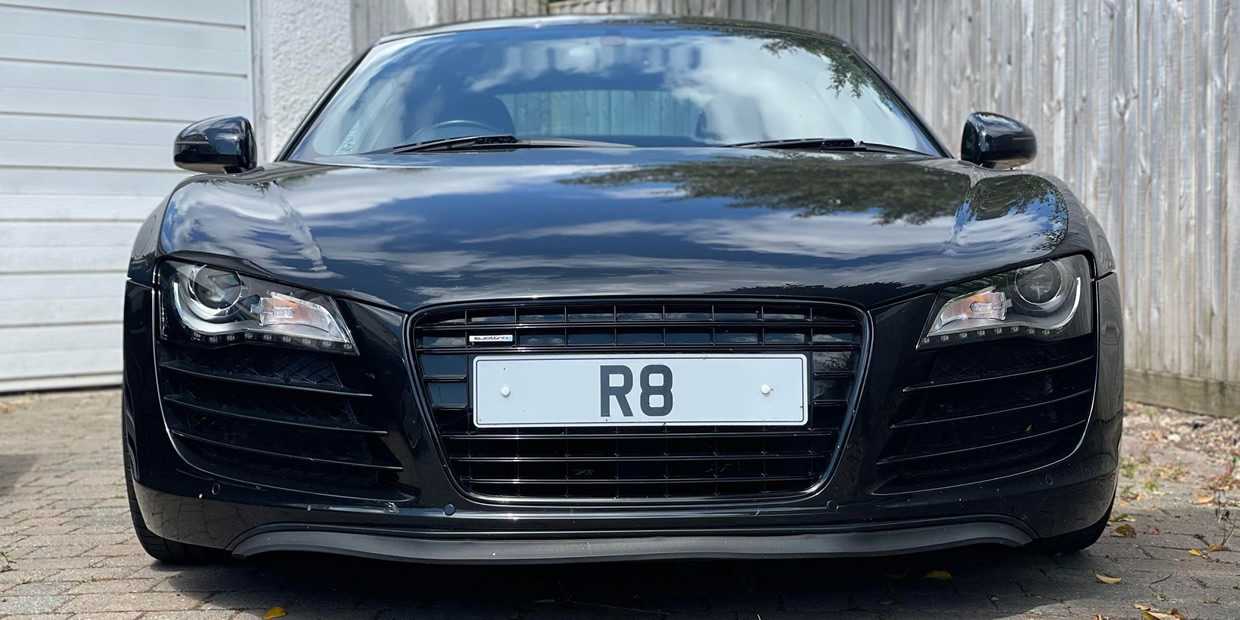 Whether you bought a car with a private plate already assigned to it or you simply no longer want your own, when it comes to selling your private plate, you may be surprised at how much it’s worth. There are many companies that make eye watering profits from buying and selling number plates and there is no reason why you can’t either.

However, it’s important that you don’t get too carried away because a number plate that’s valuable or relevant to you may not appeal to other people. For example, “M7 LAB” (“My Lab”) may be valuable for dog owners with Labradors but not so much for people without one. Therefore, to help you value your number plate, below are some factors to consider.

What Determines How Much A Number Plate Is Worth?

1. Length Of The Plate

One of the most defining characteristics of a number plate is its length and as you can probably imagine, the shorter it is, the more valuable it’ll be. Short plates (two to three digits/characters) rarely come on the marketplace but when they do, the demand sends prices through the roof. Therefore, if you have a 1, 2, 3 or 4 digit/character number plate, regardless of its meaning, it’ll almost certainly be worth a large sum when you come to sell it.

The type of private plate will also make a big difference to how much your number plate is worth. The four main types of number plates in the UK include the new style, suffix, prefix and dateless.

Suffix number plates were issued from 1963 to 1983 and in short, they are the reverse format of the prefix style. They are often more valuable due to their rarity and examples include DAN 92M or DRM 9M.

Dateless number plates were issued from 1903 to 1963 and they are the rarest type because they can be made up of the fewest amount of numbers. Some examples of the dateless style include DM 1, 92 DRM and 1234 DAN.

To conclude, the most valuable plates are dateless, which is then followed by suffix, prefix and then the new style.

As with any valuable item, supply and demand is a big factor in terms of its value. Therefore, if you type in your number plate into various marketplaces and find there is nothing that’s even close, your number plate might be worth a lot more than you think. However, if there are lots of similar matches, you may find it more difficult to sell.

The type of match that the number plate represents is another big factor that determines how much a number plate is worth. The most desirable is your first name or surname and they often fetch the most amount of money. For example, D1 DAN, J4 MES, JAN 3T and 54 LLY are just a few examples that would be very valuable on the marketplace.

Of course, there are thousands of different types of words that you can create with your number plate and depending upon what it represents will determine how much it’s worth.

As well as the type of match, the quality of the match can make a big difference to the value of your number plate. For example, “J4 MES” would be more valuable than “J44 MES” and “J444 MES”.

Matching your number plate to the make or model of your car is very popular and it causes number plate values to rise for certain combinations. It’s even a style of private plate that I own as shown by my Audi R8 in the photo with the “R8” plate installed. Below are some other examples:

We could come up with thousands of other examples but these types of plates in general are very valuable. If you do own a “make or model” type of number plate, if you intend on selling it, we would recommend listing it on an enthusiasts/owners forum. 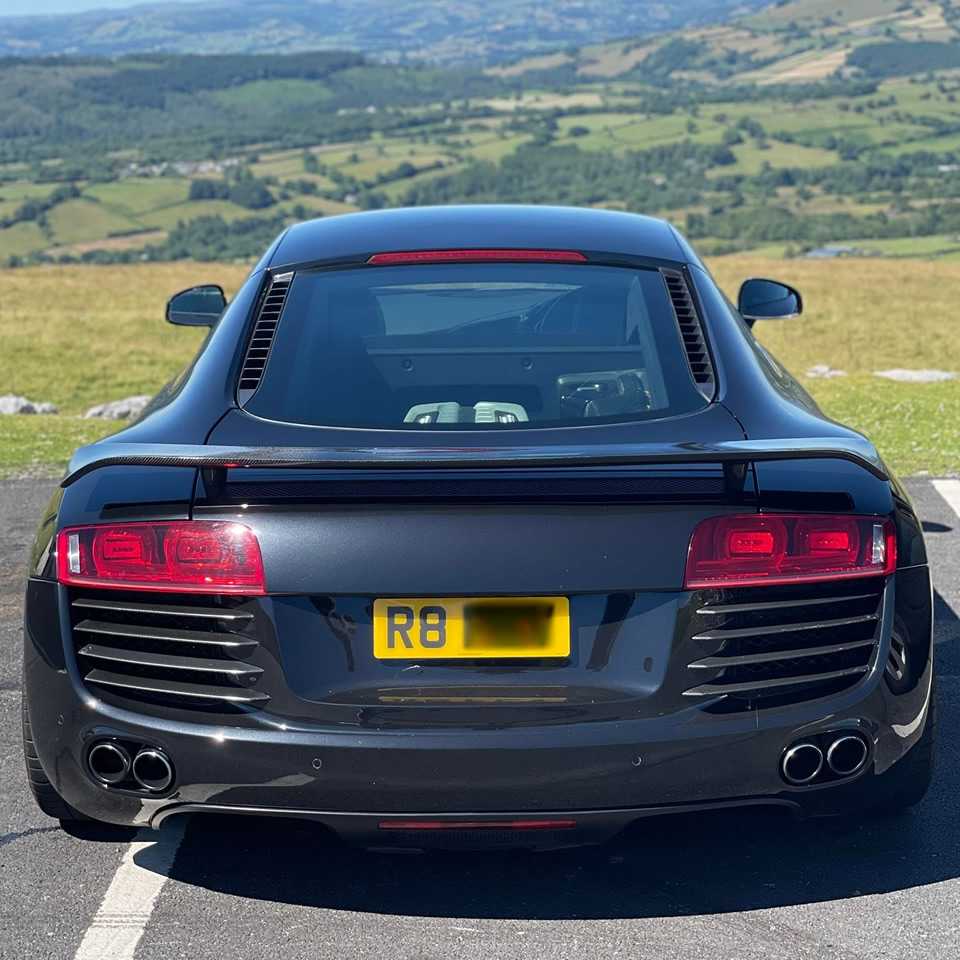 7. Any History Behind The Plate?

If a number plate has any history whatsoever, it’s worth mentioning because it may increase its value. In terms of the history, a private plate that was once owned by a celebrity would be a great example.

In order to give your number plate a realistic value, you’ll want to search for similar examples that are available with number plate dealers as well as private sellers upon eBay and other platforms.

From our research of how much number plates are worth, we would estimate the following for each style:

As you can see in the photo, these are the sold prices of number plates that went through a DVLA auction in 1990. From the sold prices, you can certainly see that they were far cheaper back then and if any of the plates went into an auction in today’s market, they would fetch four to five times more. For example, “1 DR” sold for £25,000 in 1990 but it would easily be worth over £200,000 now.

Therefore, it’s for this reason why investing into a valuable number plate and holding onto it can be a great investment. In terms of finding number plates that are worth holding onto, we would recommend keeping an eye on the DVLA’s auctions. These auctions are organised by the BCA and anyone can join the auction and begin bidding on a number plate. The auctions themselves run over a few weeks and they usually occur monthly.

Of course, there are many number plate dealers that sell quality examples but they’ll be priced accordingly. Therefore, if you want a bargain, we would recommend that you keep an eye on the DVLA’s auctions. 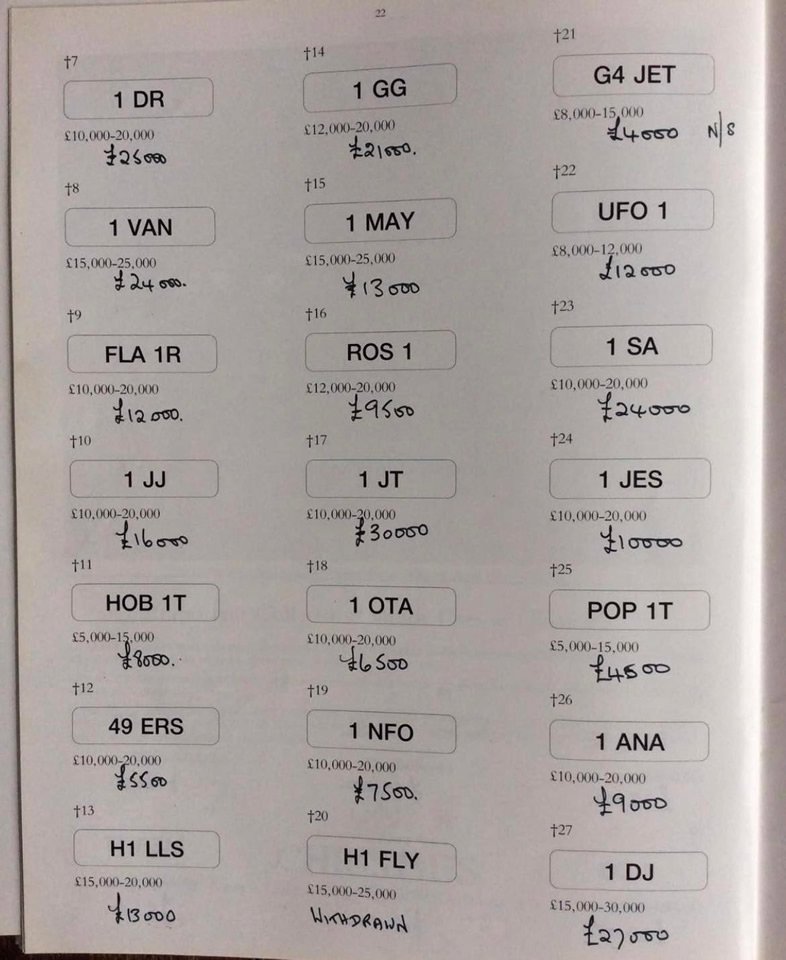 Using number plate valuation websites is a good place to start to get an indication of how much your number plate is worth. However, there are certain websites that’ll overestimate the value in order to encourage you to list it upon their website. On top of this, they’ll also add their commission to the sale price, which may leave you out of pocket.

However, with that being said, there are plenty of great number plate dealers that’ll help you sell your plate.

Private number plates can be a great investment and you might be quite surprised at how much they are actually worth. Hopefully our guide has walked you through everything you need to know in order to come up with a realistic value for your private plate. However, if you require further information in order to value your private number plate, feel free to get in touch and we will try to provide our assistance where possible.