How Should A Load Be Carried On A Roof Rack

Installing a roof rack to your car allows you to carry a whole range of items but it’s important that you do so correctly. Whether you are carrying your family’s holiday luggage or a sofa, we walk you through how a load should be carried on a roof rack. 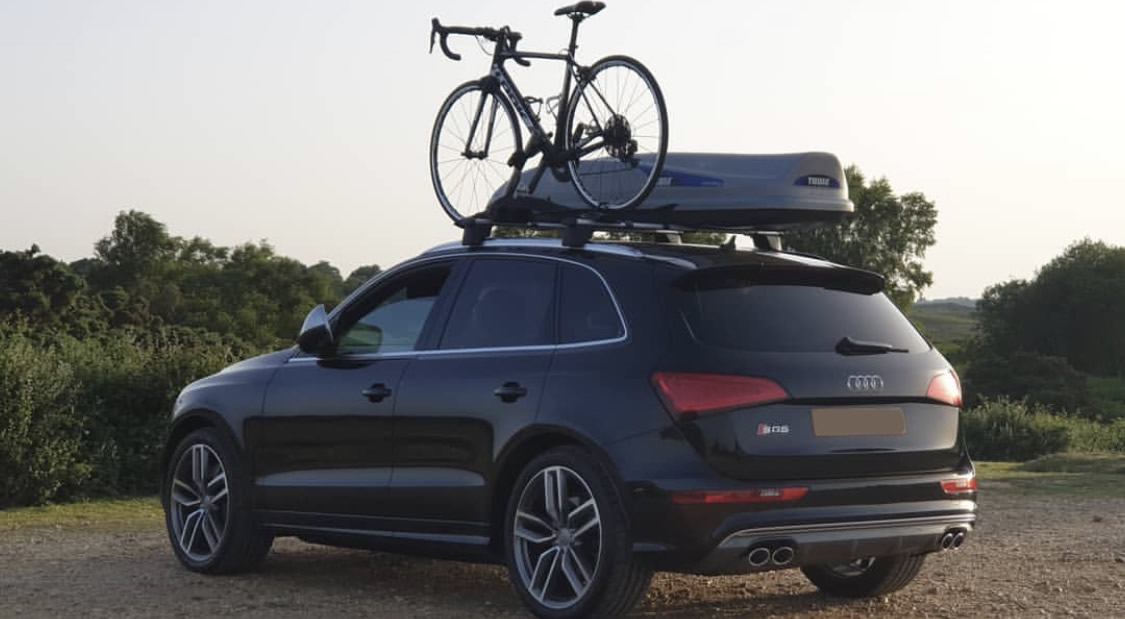 Using a set roof racks on your car is the perfect solution for transporting large, dirty or awkward items. However, the load that’s to be carried upon the roof of your car must be attached securely.

As stated in the highway code, “you MUST secure your load and it MUST NOT stick out dangerously“. Therefore, failing to secure your load appropriately upon a roof rack may result in a fine that could’ve easily been avoided.

To help you understand the basics of carrying a load on your roof rack, below are some good practices to follow.

Suitable Loads To Put On The Roof

Before attempting to carry an item on your car’s roof, it’s important that you know the limits of the roof rack. For example, from our list of roof bar recommendations, Thule states that its flagship model is able to hold a max load of 100 KG. However, cheaper alternatives are only rated to 60 KG and this may limit the types of load you want to carry.

As well as the weight of the load, you also want to pay attention to its size. As stated in the highway code, “it must not stick out dangerously”, which means the load to be carried on the roof racks can’t be excessively longer than the car. According to the highway code, as long as the load isn’t overhanging by more than 1 metre, you won’t need to take action. However, if the load exceeds 1 metre but is shorter than 2 metres, you’ll need to make the ends clearly visible.

Securing The Load To Be Carried

Unless you are using a dedicated rack attachment such as a roof box or bike rack (as discussed below), you’ll need to securely fasten down the load to be carried with ropes or ratchet straps.

When fastening down the load to be carried on the roof rack, you’ll definitely want to secure the front and rear. The front section of the load will be subject to air resistance whilst driving whereas the load at the rear may move under braking.

Ideally you’ll want to use a minimum of two straps every 1.5 metres but for peace of mind, we always recommend using additional straps where possible. It’s also important to note that if there is any excess to the rope or strap, you’ll need to roll the end and tie them off. Alternatively you can put them inside of your door to lock them inside as shown in the photo. 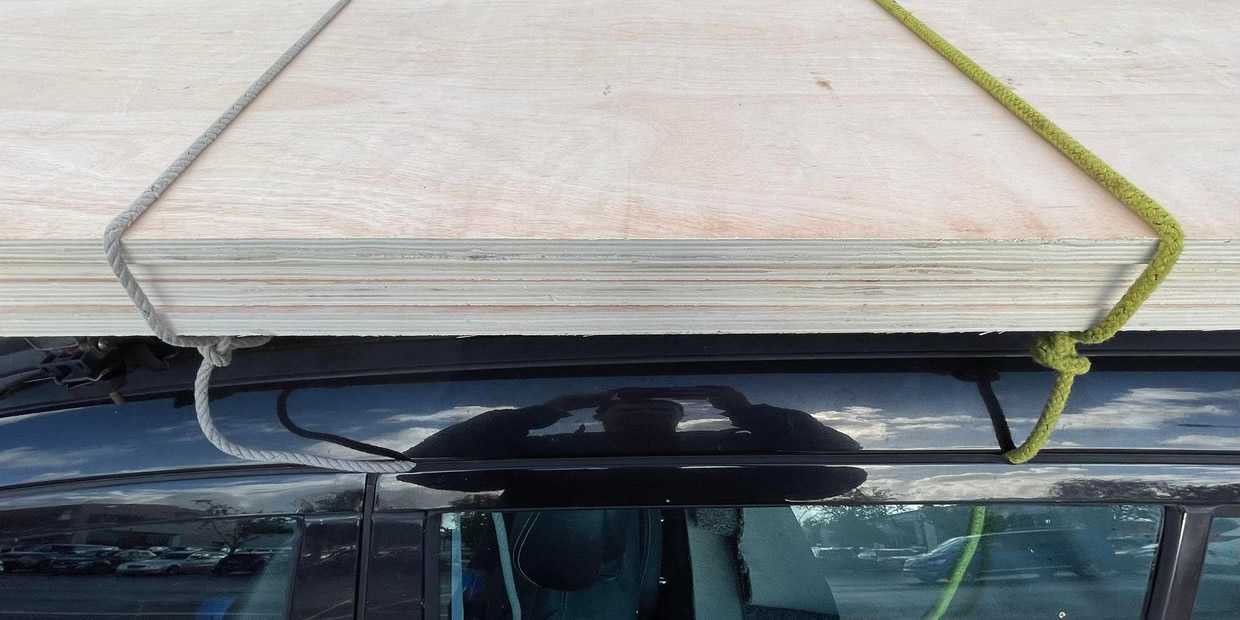 When it comes to loading a car roof box onto the roof, there is a common misconception that it needs to be centred on the roof. However, the best position for a roof box on a car is whatever is most convenient to you.

For example, if there is room and the roof box opens from both sides, mounting it in the centre will allow for easier access. However, if the roof box only opens on one side, it may be easier to load it onto the roof rack with the open side closest to the door. Another reason why you may see roof boxes positioned to one side is because many cars (particularly SUV’s) are tall and have wide roofs. Therefore, if the roof box is to one side, it makes the installation, removal and loading far more easier. 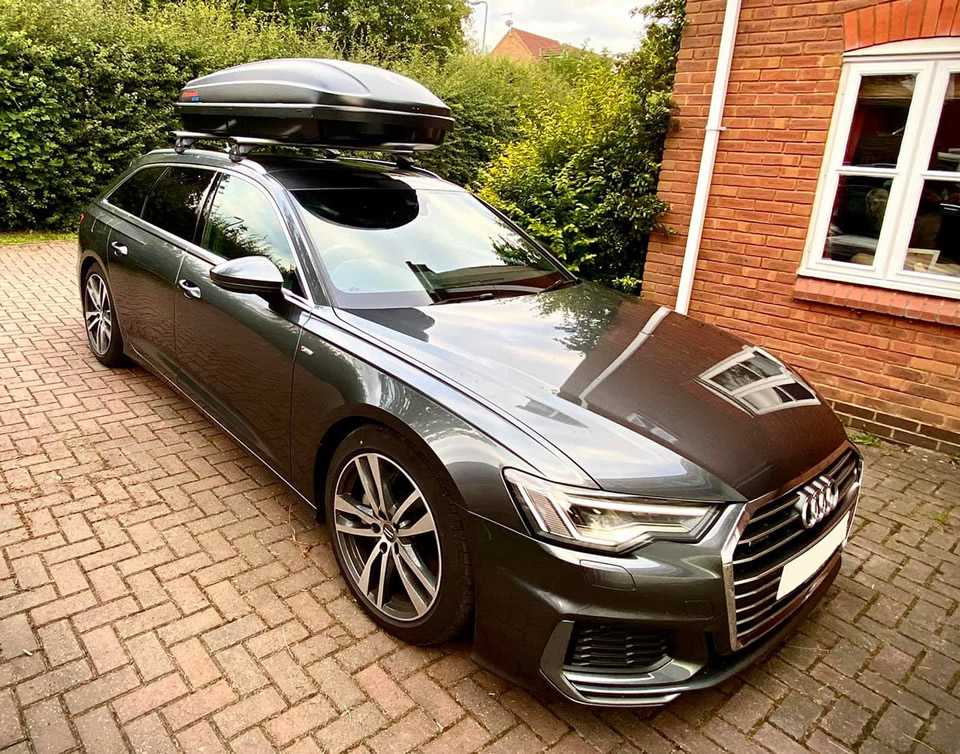 It’s worth pointing out that although you can put the roof box to one side or the centre, it still needs to have its weight distributed evenly across the two roof bars. You’ll also want to ensure that the roof box isn’t restricting access to the boot opening too. Once the roof box is loaded safely upon the roof racks, you then need to put a bit of thought into loading it. Ideally you’ll want to distribute the weight evenly and avoid overloading the roof box.

Positioning of a Bike on a Roof Rack

Whether the bike roof rack you use holds the bikes by the wheel or frame, the position that it should be carried on a roof rack is the same. The majority of people keep the bikes facing forward but if you need to carry additional bikes, you may want to put one of the bikes rearwards facing. For example, if you were to load three bikes onto the roof racks, you’ll want to place the 1st forward facing, second (middle) rearward facing and the third forward facing. The reasoning for this is simply because you’ll have more room to put the bikes on the roof without the handlebars touching.

Roof racks are a great addition to any car but it’s important that you use them appropriately. This means only carrying suitable loads that don’t overhang or weigh too much, positioning them correctly and fastening them down securely.

As well as putting the load upon the roof racks appropriately, it’s also advised that you adjust your driving style because heavy or large loads will effect the car’s handling on the road.