Attempting to identify future classic cars in today’s market is a hard task but its certainly one that can pay off. Whether you want a hot hatch, luxury barge or two seater sports car, our guide should help steer you into the correct direction.

These are just five of a huge list of previous future classic cars that have shot up in price and certainly put a smile on their owners face. If you want to get in on the action, keep reading below for our top future classic car recommendations.

What Makes a Future Classic?

Spotting certain characteristics that are desirable, rare in numbers or simply won’t be seen again is key to spotting a future classic car. From large capacity engines to quirky designs, these are certain features that are simply not found in today’s cars. Ask yourself, when was the last time you saw a modern pillarless coupe on the road?

Other features that can contribute to a car reaching a future classic status include: 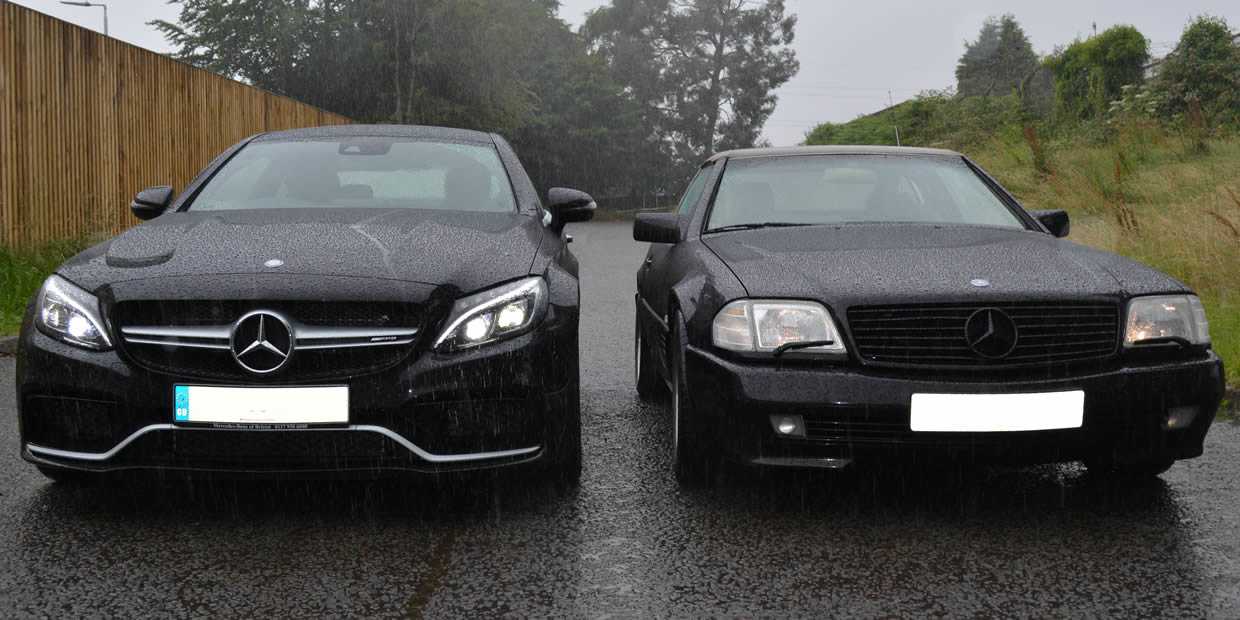 What Affordable Future Classic Cars Do We Recommend?

The R129 Mercedes SL is the last of the hand built Mercedes where no expense was spared. Each of the predecessors prior to this particular SL are classed as classics and the R129 is definitely going to follow. There are a handful of engines to choose from but we strongly recommend the V8 or V12 variants (SL500 & SL600).

The last affordable 911 is the 996 and with a flat six engine along with the great handling, it’s a fun car to drive. Depending upon your budget, you may wish to go for a 4S or an even more powerful turbo variant, which is almost certainly going to be a classic in the future.

The E39 BMW M5 was the main competitor to the W210 E55 at the time and it had the benefit of having a manual transmission option. The V8 engine produced 394 BHP and could easily power past many so called “supercars” at the time. The E34 M5 shot up in price and the E39 will certainly follow as it features the same great recipe.

Renault Clio’s aren’t the first cars that you look at and think it will be a classic but the rare V6 model and the more affordable 182 Sport look very promising. They are an affordable hot hatch that will keep up with most modern alternatives and those that haven’t been modified or converted to track cars are very thin on the ground!

The W124 Mercedes E Class is a legendary car and one that’s known for its reliability and build quality. They are available as a saloon, estate, coupe or cabriolet and features a wide selection of both petrol and diesel engines.

The ones to look out for are the cabriolets or coupes with the six cylinder engines. In today’s market, they are absolute bargains but prices are certainly on the up.

The original RX7 with the unique rotary engine provides excellent performance and is certainly one to lookout for. There are only a few relatively affordable ones left on the market (or ones that need a bit of TLC) but they are certainly heading towards the future classic car status.

Both the MK4 and MK5 R32’s both have 3.2 litre V6’s and they are outstanding all-round cars. What makes them future classics is the fact that you will never see such a large engine within a hot hatch ever again. Whether you choose a manual or DSG transmission, the V6 power plant provides plenty of performance and they sound great too. The MK5 is the better of the two primarily due to the modern features and practicality.

The E36 M3 was the ultimate sports car of its time and nothing from its German rivals could match it. Due to the drop in price, many people turned them into track cars but the ones that are left are certain to become future classics. If you are lucky enough to find a good condition EVO model, they are the best of the bunch.

Apart from the early Honda NSX’s that have already hit classic car status, the next future classic from Honda has to be the S2000. It’s a two seater with the desirable naturally aspirated two litre VTEC engine that revs all the way up to 9,000 RPM. Although prices are on the up, there are plenty of bargains to get your hands on before the huge boom.

The Toyota Supra MK4 was the standout car from the Fast and Furious movie but they are also very popular among tuners. The twin turbo engine is highly tuneable and there are plenty of Supra’s running crazy power figures. Due to the strong following, prices are relatively high but they are certain to carry on increasing as there becomes less on the road.

The Audi RS4 B7 is by far one of the most popular RS4 models ever produced and it’s powered by the ultra-reliable and high performance V8. Along with the excellent engine was the wide body arches that really stood out from the crowd.

It’s crazy to think that you can get a 5.5 litre, 5.4 second 0-60 and 354 BHP Mercedes AMG for just £5,000 but that’s exactly what the W210 E55 is. Whether you want a saloon or estate, both are a wolf in sheep’s clothing and provide impressive performance. It’s for this reason why they are going to be future classics and something that you can enjoy to drive. Apart from the usual rust, they are also very reliable cars that are perfect to use as a daily driver if you so wish.

The MX5 MK1 (often referred to as the Miata) is lightweight and rear wheel drive, which is the perfect recipe for fun. There are hundreds of bargains on the market right now and if you are able to hold onto them, they will certainly hold their value and be a blast to drive.

When initially released, the Audi R8 was a budget supercar and shared many characteristics with the Lamborghini Gallardo. As depreciation has made prices drop, you can now pick up early V8 models from around £30,000 and V10 models from around £40,000. What makes it a potential future classic is the fact that the design has aged well and they are available with manual transmissions, which are slowly becoming non existent in modern cars.

Considering that most modern cars are turning to electric motors and need to be plugged into an electric car charger, holding onto some of the collectible internal combustion cars is going to be a great investment.

Everyone has their own thoughts on what they deem to be a future classic but the recommendations above are a solid list. If you have any suggestions, please get in touch because we would love to know!