Home » Automotive Advice & Guides » Everything You Need To Know About Biodiesel

Everything You Need To Know About Biodiesel

Biodiesel can be produced from straight vegetable oil, waste cooking oil or even animal fats and when its converted it can be used as an alternative fuel. This isn’t only great for the environment but also saves you plenty of money in the long run too. 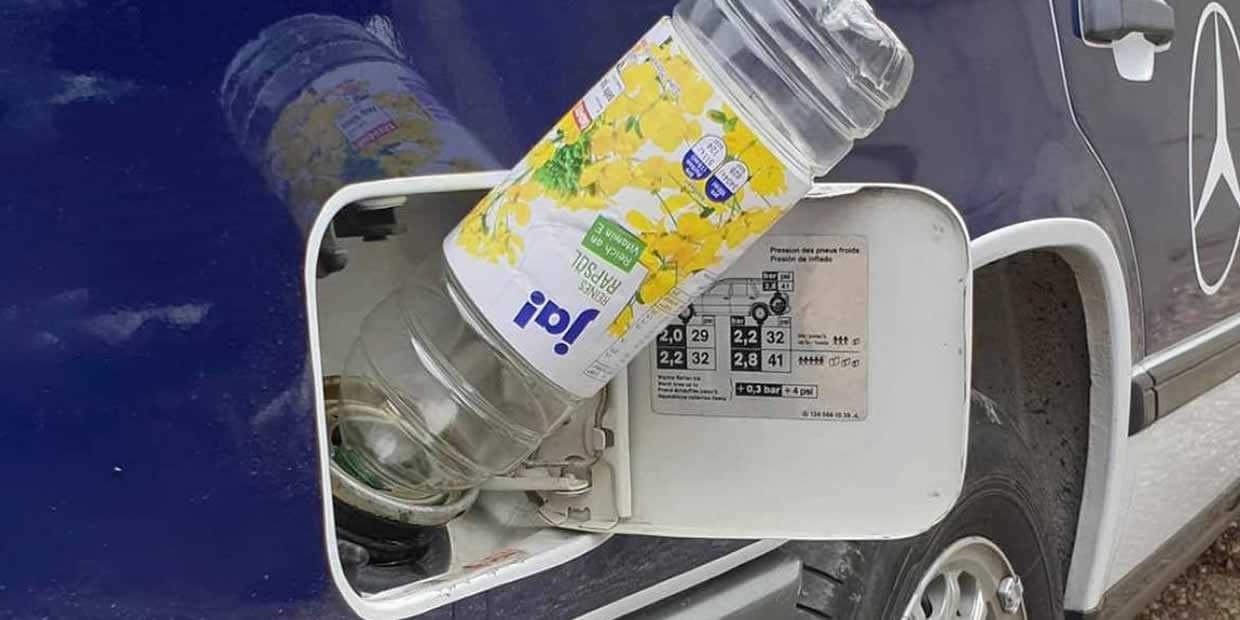 Rather than using petrol or diesel, biodiesel is an alternative fuel that can be used in a number of older diesel cars. The majority of people decide to use biodiesel as a means of saving substantial costs. However, many others may simple use it as a more environmentally friendly fuel because it produces no carbon dioxide.

In terms of the production of biodiesel, it can be produced from vegetable oil, animal fats, tallow and waste cooking oil. In order to convert these liquids into biodiesel, it needs to go through a process called transesterification. Although it sounds like a complex conversion, it’s relatively straightforward and basically involves mixing reactants.

One of the main reasons for drivers to switch to biodiesel is primarily to save money. Considering that you can get waste vegetable oil for free, it’s a no brainer. As long as you are willing to spend some time converting the oil into biodiesel, it could potentially save you a fortune in the long run.

The environmental properties is another great advantage because biodiesel’s are carbon neutral. This is due to the fact that the minimal carbon dioxide produced is equal to the carbon dioxide that’s absorbed by the plants.

Another benefit is that it’s rapidly biodegradable as well as being non-toxic. This means that spillages are less of a risk and in the event of a crash, it has higher flash point when compared to a conventional fuel.

Other potential advantages of biodiesel’s include:

As you can see, there is multiple reasons to switch to an alternative fuel such as a biodiesel. Of course, there are some drawbacks but some of the benefits far outweigh them for many people.

What Cars Are Compatible With Biodiesel?

Pouring biodiesel straight into your brand new car isn’t advised and it can cause expensive damage to the engine. Modern engines are far more complex and use multiple ECU’s to control the flow of fuel to certain components of the engine. For example, one component that’s prone to failure within a modern engine would be the high pressure common rail and injectors. Another component that could fail would be the fuel pumps because the vegetable oil will have a far higher viscosity (liquid thickness) when compared to a convention oil.

Older cars that use indirect injection are the best vehicles to use (or convert) as they are far less complex. Some of the diesel cars that we recommend for using biodiesel fuel include:

If you are already thinking about using biodiesel, you will more than likely own a car that’s compatible. The recommendations above are the most common biodiesel compatible cars in the UK but there are many others that can be used.

Are There Any Disadvantages?

As great as biodiesel fuels are, they do have disadvantages that put many people off using it on a daily basis. The biggest disadvantage is the inconvenience of getting the fuel when compared to diesel or petrol. For example, not only do you need to source the straight or used vegetable oil but you may also need to convert it too.

Other disadvantages of using biodiesel include:

With the help of some additional maintenance products, you are able to avoid certain complications. For example, investing into the best rated fuel injector cleaner is certainly a product that you should use to keep the injectors in good condition.

In order to reap the benefits of using biodiesel for fuelling your car, you will need to be make some sacrifices. However, the same can be said when using an electric car as an alternative. For example, you will need to purchase a home EV charger and also remember to charge the car too.

To conclude, if you are more than willing to be hands on with the handling of vegetable oils, biodiesel is worth trying out. However, we highly advise that you do some homework beforehand to ensure that your car is compatible with biodiesel.